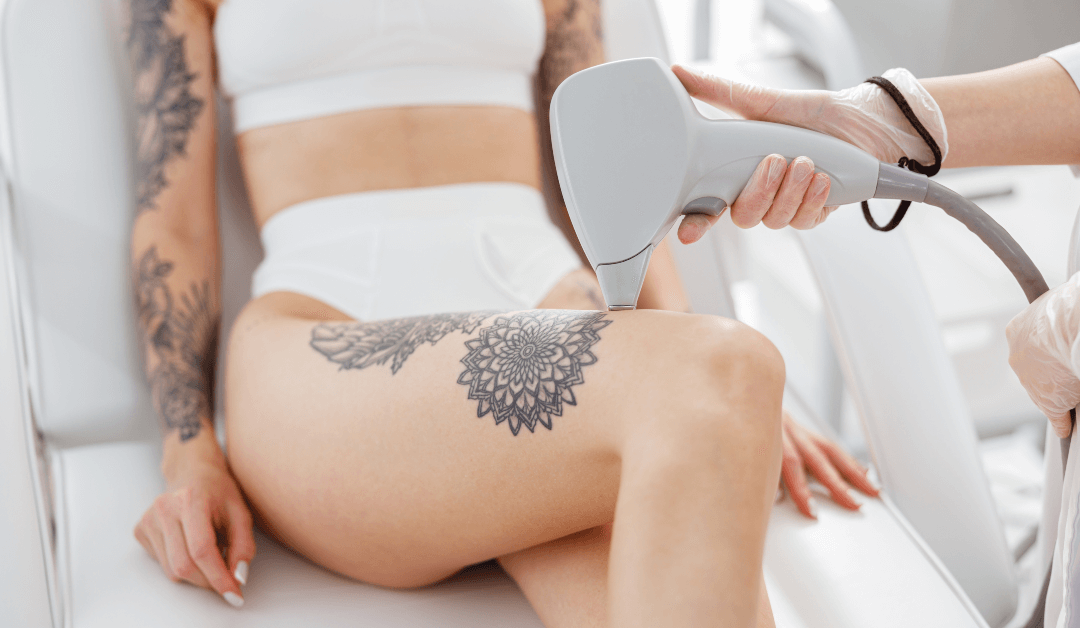 Skin markings have grown popular to promote beauty, uniqueness, and belonging over the years. A large population of adults has at least one tattoo. Similarly, another section of that population seeks to undo those markings for various reasons. The good news is that the removal procedures have advanced over time, and one that remains useful is Winter Park’s laser tattoo removal. This time there is an additional accessory, the PDF patch. So, why are specialists quickly adapting to this?

Tattoo removal is usually a painful experience that incorporates chemical destruction, dermabrasion, and surgical excision. New developments have seen laser tattoo removal depend on selective photo thermolysis, which destroys ink particles. As one of the latest advancements, the procedure reduces damage to the skin tissue and other side effects like scarring and hypopigmentation.

But besides these promising advantages, it is challenging to quantify the number of treatments one needs for full removal. Another disadvantage is the whitening reaction. The laser passes produce this same response resulting from the formation of gas bubbles within the epidermis as cells rupture. Due to this effect, treatments are delayed as specialists and customers have to wait twenty minutes until the whitening disappears. This way, four-pass treatment sessions need sixty whole minutes. Time wastage and other shortcomings of tattoo removal are discouraging, and most patients do not complete the treatment. But, hey, the PDF patch is just the right solution, and here is why.

Talk of a safer, more effective, and most importantly, a faster process when PDF patch is used in laser tattoo removal.

How does it work? The patch is a dual-layer transparent silicone film. Its bottom side is somehow tacky and perforated. The former is for the skin’s application, while the latter ensures that the optical clearing agent, called perfluorodecalin (PDF), can taper into it. PDF minimizes optical scattering and reflection in the skin while boosting the transparency of tissue from the UV to the far-infrared. It absorbs half of its liquid volume of gasses like nitrogen, oxygen, and steam.

This way, topical application of PDF before and after a laser pass minimizes gas bubble formation and, therefore, whitening reaction, allowing for additional passes within seconds. It also promotes deep energy penetration into the skin, resulting in the titration of the energy amount delivered to a given area (tolerated fluence). This increases the energy delivery to the ink particles.

The patch also safeguards the epidermis as it conducts heat away from the skin tissue. This minimizes the epidermal injury and side effects significantly. Incorporating a physical barrier also protects both the specialist and patient from tissue splatter and airborne harmful substances from the laser.

The released substances go into the perforated underside of the PDF instead of the atmosphere. The best part is that patients are likely to complete their treatments since the PDF minimizes discomfort and the number of treatment sessions, allowing four times as many passes as in a single session.

The best in tattoo removal

Winter Park laser tattoo removal can only be more effective, faster, and safer with the inclusion of the PDF patch. It allows for four times as many passes, minimizes optical scattering, observes tissue splatter and harmful substances, promotes fewer treatment sessions, and reduces discomfort. It is safe to say a laser tattoo removal is incomplete without a PDF patch!

Your site doesn’t have any tags, so there’s nothing to display here at the moment.